I bought a copy of Russian for Dummies and have been boning up on simple phrases that may come in handy when I run the Baikal Ice Marathon next month.

Kaк далеко до следующей станции помощи?
How far is it to the next aid station?

Я не могу чувстсвовать свою мошонку.
I can no longer feel my scrotum.

By volume, Baikal is the world’s largest freshwater lake. It contains about 20% of Earth’s unfrozen surface fresh water, more than all the Great Lakes combined. It’s the world’s deepest lake, with a maximum depth of 5,387 feet, and the oldest, 25 million years. The lake is contained in a rift valley—a giant tear in the earth’s crust—which explains both its depth and its long, narrow shape.

While Baikal has been around since the Oligocene Epoch, people have only been running marathons across it for 12 years. The possibility of charting a marathon course across the lake is the result of a quirk of geography. The course traverses the lake near its southern tip, its narrowest point. Running is also made possible by the weather. Siberia, as you may have heard, is cold in winter. Lake Baikal is dependably frozen over from mid-February through March.

Well roughly dependably. The lake’s ice layer is highly variable. As a result, the organizers do not make a final determination of the route—including whether we will cross from west to east or east to west—until the day before the race. They’ve grown more circumspect in choosing the route since the tragedy of 2008 when Waclaw Pokorny of Krakow, Poland broke through the ice and drowned. (I jest. Waclaw was able to safely swim to shore.) 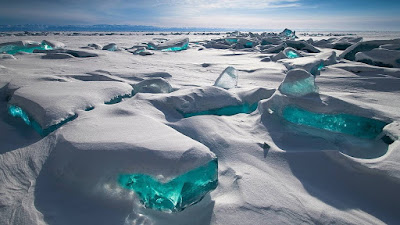 The race organizers note that Baikal is privy to some 20 varieties of locally formed winds that are “notoriously difficult to predict.” Siberian khius, while not strong, produce particularly sharp and biting gusts that can “freeze one’s face…or penetrate to one’s body through any of tiny openings or holes in sports wear cloths.” (Note to self: check jacket for tiny openings and holes.)

The running surface itself, though remarkably flat, also changes en route. Near the eastern shore, the ice may be covered with a few inches of snow; on the west side, the ice is likely to be clear and polished to the sheen of a hockey rink. We’re also likely to encounter fields of  kolobovnik. Not to be confused with the Uzbek national dish of the same name, these are sections of “pan or plated ice with granular tops of blurred color, frozen in the surface, which represent significant difficulty to run or even walk smoothly and require carefulness in fast moving on them.” (Note to self: Practice carefulness in fast moving.)

I think I’m ready for the khius and kolobovniks. In fact, as luck would have it, UPS just arrived and left a package containing a very important piece of gear. 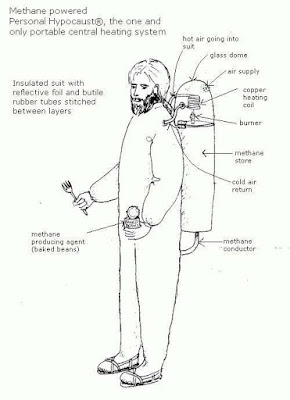 Looks like I may not need Russian for Dummies after all.
Posted by Keith Gayhart at 3:50 PM