The Race of Innocence

I’ve been reading The Museum of Innocence, a novel by the Turkish writer Orhan Pamuk. The story of a wealthy Istanbul businessman’s obsessive love for a beautiful “shopgirl,” it is a meditation on time, memory and the precious, fleeting moments that, one by one, compose a human life. It was the perfect preparation for my race in the Republic of Georgia.

Like other Racing the Planet events I’ve participated in, Georgia was a 7-day, 250K cross country jaunt with competitors from England, Germany, Korea, Dubai, Japan and other points across the globe carrying packs stuffed to the gills with food, water, sleeping bags and sundry “essentials.” I took part in this same race last August but pulled out after stage two with a demoralizing stomach problem. I was seeking redemption. 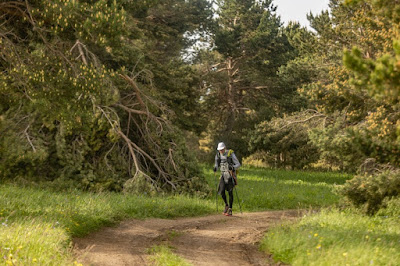 The race began in the Javakheti region of southern Georgia near the Armenian border, a Wordsworthian landscape of “pastoral farms, green to the very door.” The morning of Stage One was forbidding as we headed off into shimmery rain and low-hanging fog. In less than an hour, the pink flags guiding our way having vanished, most of us were lost. I found myself with 24 of my mates (among a field of only 42) on top of a hill shivering, huddling like yaks and wondering what to do. A retired Army lieutenant-colonel took charge and, equipped with an iPhone, led us on a meandering path up and over and down soupy hillsides. Eventually, his orienteering skills got us to Checkpoint One, five hours after we’d stepped across the starting line. I loved it.

Rain came and went over the following days, often becoming ferocious. Hail pelted our tents at night. Out on the course, we slogged through ankle-deep mud, forded a dozen or more trickling streams and plopped through innumerable murky puddles. When the clouds lifted, we were treated to awe-inspiring vistas of rolling hills and snow-streaked mountains. Cows, chickens, donkeys and horses roamed freely, both in farmland and quaintly crumbling villages. More than once, I paused to allow shepherds drive flocks of 200 or so sheep across the road in front of me. Near the top of one long climb, I was confronted by three large and menacing dogs who took me for an ill-equipped cattle rustler. 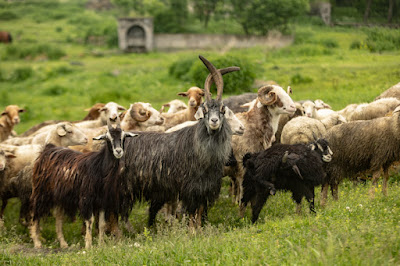 I prepared well for this adventure. I spent weeks toting a pack loaded with bottles of Gatorade across the Santa Monica Mountains. I reveled in the pleasant fiction that I was in the best shape of my life, but as race day loomed, my training went off the rails. During a trip to the grocery store, I suffered a frontal lobe seizure. I was standing in the baking aisle when the world suddenly became a kaleidoscope of colors. I fell back, cracked my skull on the floor and began twitching like a loon. An hour later, I found myself sitting in an ER, chatting with a nurse. “Ah, now you’re making sense,” she assured me. “Before you were talking gibberish.” I wondered, “How could she tell?”

I was diagnosed with a form of epilepsy, an illness more common than you might think. I concluded my Georgia trip was toast, but my neurologist assured me my condition could be held in check. He prescribed a regimen of drugs and made me swear off alcohol but, mirabile dictu, pronounced me fit to race.

Having dodged one bullet, I soon confronted another. A bit more than two weeks out from Race Day, I came down with Covid. My symptoms weren’t much, but I fretted that Georgia was again in jeopardy. Confined to base, I dosed myself with Paxlovid and herbal tea and managed to recover in the nick of time to travel. 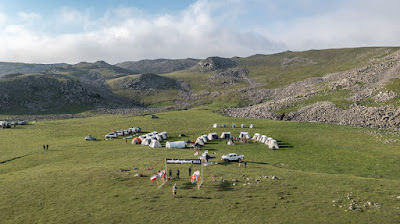 Halfway through Stage Three, things began to unravel. I was unconsciously favoring my right side and listing in that direction. In passing me, my tentmate David expressed concern, by try as I might, I could not force myself to maintain an erect posture. Eventually, I developed a severe back spasm that had me limping along like an extra in Michael Jackson’s Thriller. I barely made it into camp. In fact, I did so only because a race photographer took pity on me, walking me in and carrying my pack the last 200 yards, a kindness that should have gotten me disqualified. Later, as I lay sprawled on my back, my tentmate Warren handed me three Advil. That helped and I spent the night massaging my aching back. The next morning, I felt good enough to begin Stage Four, but the pain flared up immediately and at CP1, I took myself out of the race.

I bore my withdrawal with reasonably good cheer while I was still at camp, but over the following days disappointment seeped in and I felt myself a foolish old coot, who had once again bitten off more than he could chew. It was my third straight DNF in a Racing the Planet event.

Kemal, the protagonist in Pamuk’s novel built an idiosyncratic museum in Istanbul as a monument to his bittersweet and ultimately doomed love for the radiant Fusun. (The museum actually exists and was visited by my wife, daughter and I.) It is filled with artifacts—knickknacks, movie posters, salt shakers, newspaper clippings, photographs, a child’s tricycle, a wrecked Chevrolet, a red dress and more than 4,000 cigarette butts—each item commemorating a single moment in of his years long obsession. 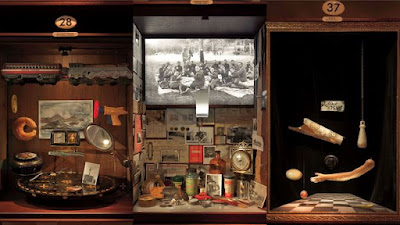 In finishing this wonderful novel, I thought about the moments that would stick with me from my aborted race in Georgia. They include heading out with my new friends in hopeful expectation on Stage One, of descending a thickly wooded hillside in ankle-deep mud searching for the real course, of stubbing my already bruised big toe against a rock and grimacing in pain, of declining an old villager’s offer of a shot of vodka, of shuffling across the bumpy cobblestones of the Silk Road, of sharing exaggerated tales of past races with my tentmates, of making careful use of my “pee bottle” inside my sleeping bag, of frantically donning rain gear with my Singaporean friend Fer before we were pelted by a thunderstorm, of sitting by a fire and chatting amiably with the two remarkable women athletes, Anim and Magdalena, after my withdrawal, of hopping into the passenger seat of a car with a Georgian driver who’d come all the way from Tbilisi to pick me up.  My heart swelled with gratitude for each of these points in time and their place in the stream of my life. 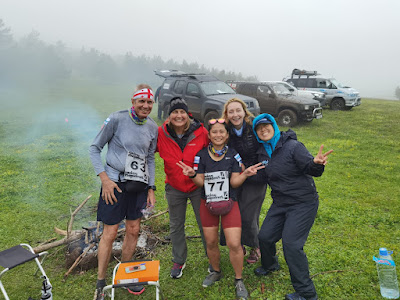 My sincere thanks to Zeana, Mary and other RTP staff, to the unfailingly sunny race volunteers, to the hard-working Georgian crew, to my generous tentmates Warren, David and Ahmed, to the other competitors, especially my fellow travelers Fer and Paul, to my cherished friends Ed, Mark, Kathy, Stig, Larry, Mo, Jaya, Curt and so many others from the Santa Monica Mountain Goats and Culver City Run Club, to Mark and Gudrun my mates from past races, to my coaches Darryl and Sarah, to my incredible daughter Tess and my brilliant son Dash, and most of all to my adored wife, Lindi, to whom I owe everything. I love you all.

"Let everyone know that I have led a very happy life."

The last line from Orhan Pamuk's "The Museum of Innocence."