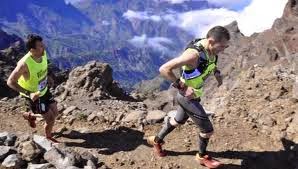 Chief among them is the 26-year-old Catalan Kilian Jornet. A 3-time winner of the Skyrunner World Series, Jornet is a rock star in the ultra world, a veritable Justin Bieber of the trails. Jornet competed in the 2012 Transvulcania race and lost narrowly to an American, Dakota Jones. (Having pushed himself to the limit, Jornet collapsed at the finish and was carried away on a stretcher.) Last year, Jornet returned and won the race in a record time of 6:54:09. Jones will also be returning to La Palma this year, as will last year’s women’s winner Emelie Forsberg and women’s record holder Anna Frost (8:11:31).

It goes without saying that Jornet, Jones, Forsberg and Frost will be recuperating in a hot tub, sipping sangria while runners like me are still shuffling along the caldera sucking salt tablets and clutching rosary beads. Indeed, Jornet could hop on a plane and be halfway to Tegucigalpa before I drag my tired loins across the finish line in the tiny town of Los Llanos de Aridane. 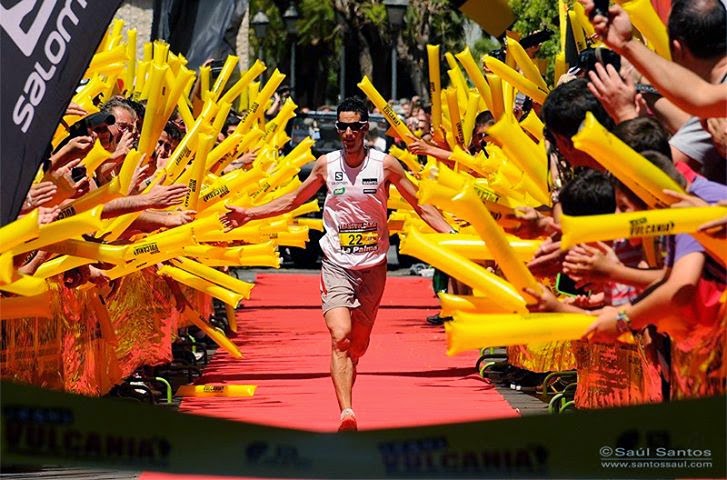 Which brings me to one more number: 18. The hours competitors have to finish the race. For me the key to success in Transvulcania is not speed or strength. As the course has an average incline of 30 percent, I won’t be doing much running, uphill or down. Rather, it will be all about managing hydration and energy resources, and remaining mentally tough.