The Yukon Arctic Ultra, “the world’s coldest and toughest ultramarathon,”  kicked off in Whitehorse yesterday morning at 10:30 a.m. For most participants, the race is still going on and will continue to do so for as much as 12 days as runners attempt to make it as far as Dawson, some 430 miles away. Race day weather was unusual for Yukon in February: low twenties for the high, skies were overcast, wind was negligible. 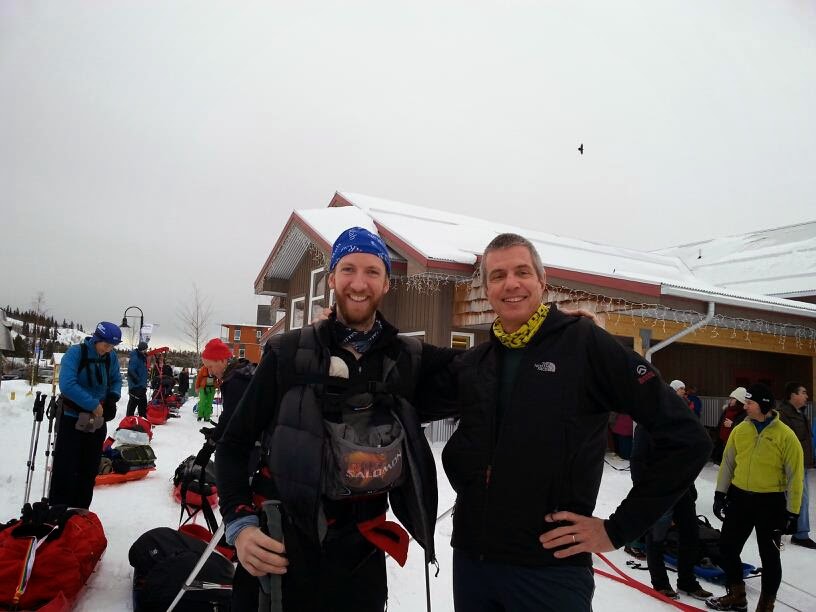 The first 26 miles of the course, the part I did, travels directly on the Yukon River, or more correctly, a few feet of ice and snow above it. The river is bordered by pine-forested escarpments on either side as it bends in undulating arcs north and east, making the scenery somewhat unvariegated. It made me recall the beer “artwork” that one used to see in taverns, showing an endlessly looping river scene, only in this case, the scene was real, extended to colossal proportions and was so beautiful it made the heart ache. It was bathed in near utter silence. 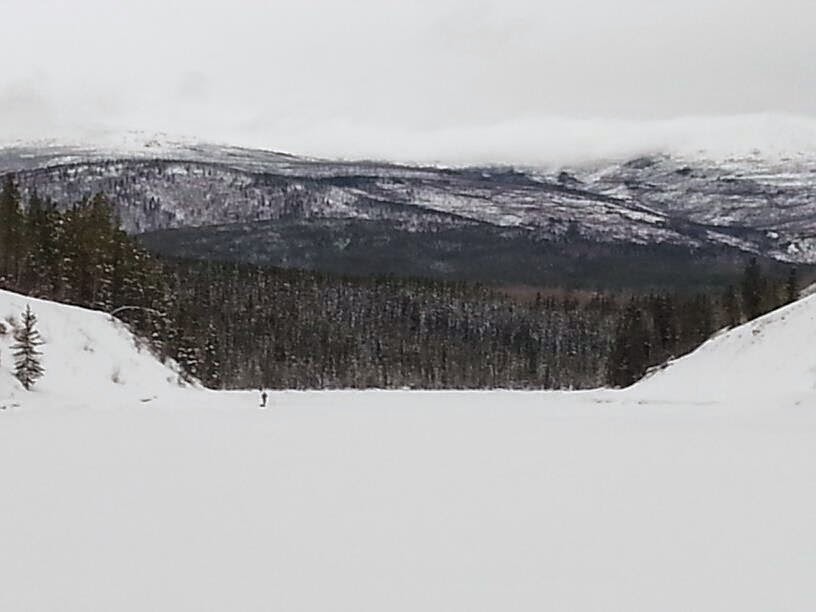 The warm temperatures that have prevailed in the area for the past several days complicated the run. They turned the snow into a thick mush that was further pulverized by the 26 dog sled teams that raced through the course the day before. For the first 16 miles, nearly every step was an adventure that delivered surprises to the feet, ankles, calves and quads. I didn’t “run” that part of the course, I stumbled it. The course firmed over the last ten miles and was more run-able, but by then I was not, turning the rest of my marathon into a scenic tour (which, I insist, was my plan all along). 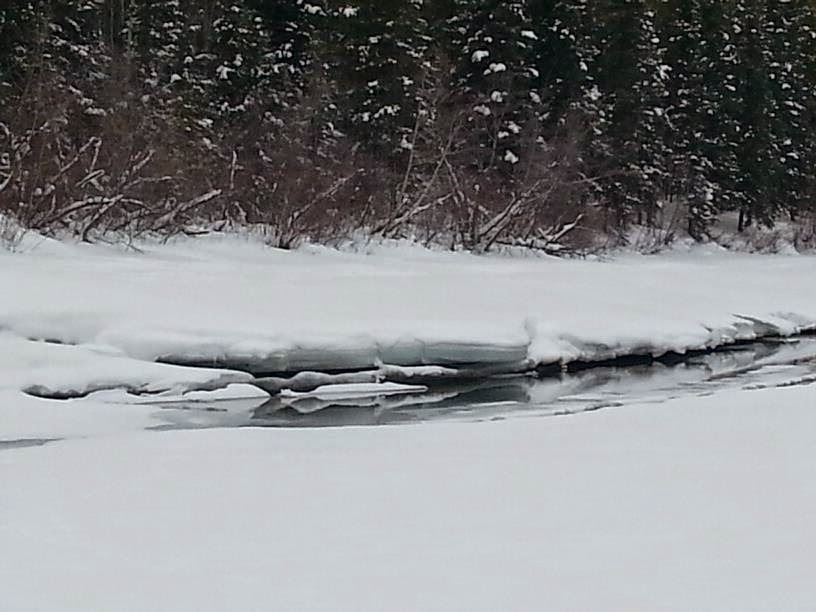 In order to reach the required 26.2 mile distance, a 2 kilometer loop was added to the course that we marathoners needed to complete twice. This loop might have been designed by Joseph Mengele; the snow here was shin deep causing exhausted runners to bob and weave like Rock ‘em Sock ‘em robots. It hardly mattered. The sun appeared during the last quarter of the race, flooding the river valley with blazing light and ending with a sunset that rivaled any fireworks show. I had a great time. 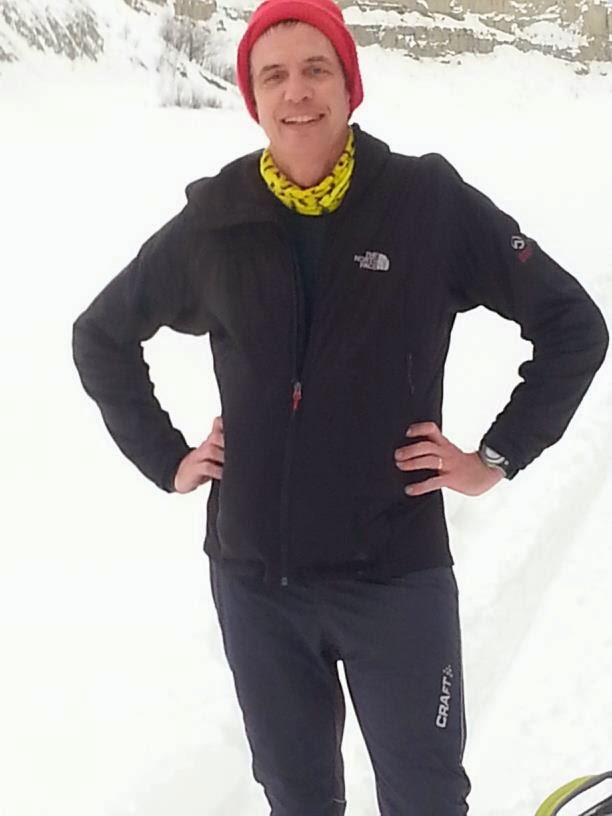 This weekend afforded me the opportunity to participate in a splendiferous, one-of-a-kind race, it also allowed me to observe, up close, those more ambitious athletes who were attempting the longer distances. I inspected their gear, listened in on their race strategies, and took their measure as male and female athletes. It made me wonder if I… could I… would I dare to someday pack a small sled with survival gear and test myself by taking on a 100-, 300- or, yipes, 430-mile trek through the snow? My answer is resolute: NOT ON YOUR F***ING LIFE! 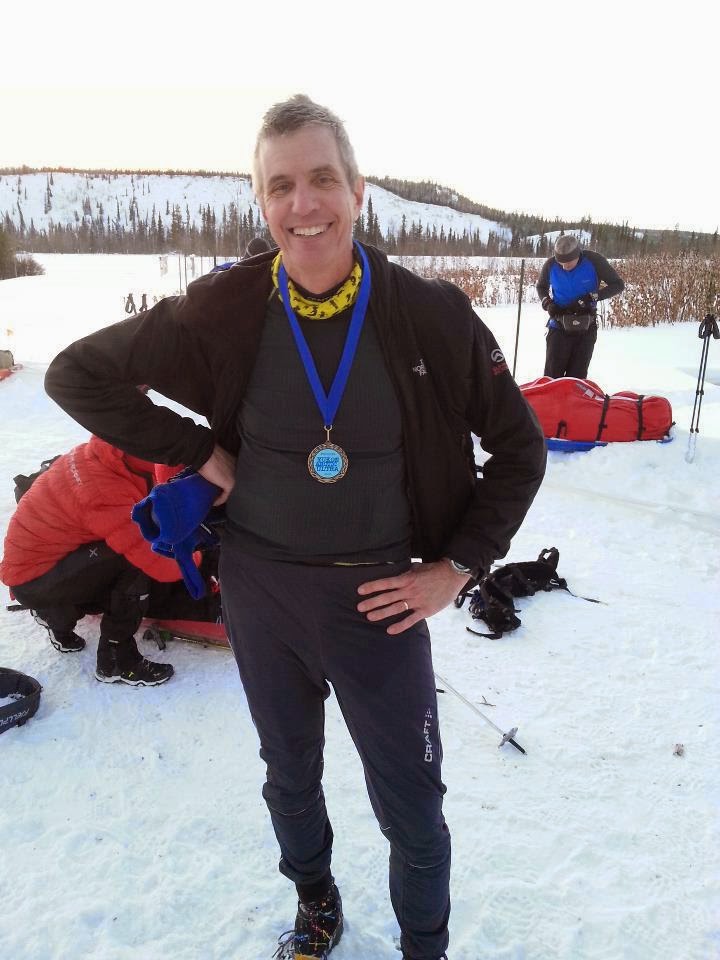 I did not do this race alone. I was inspired to run it by the great, Mark Hines, who is well on his way to becoming the first person to complete the 430 mile distance for a third time. I benefitted immensely from the incomparable organizational skills and gentle, affirming spirit of the race director, Robert  Pollhammer (and his marvelous crew). I received invaluable encouragement and support from my family and friends. Most of all, I enjoyed the love and ceaseless encouragement of my long suffering wife, Linda Rosner. Love you, Lindi. Thank you one and all.