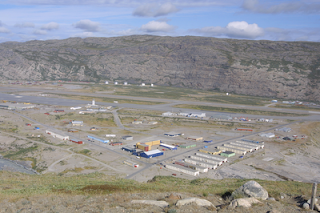 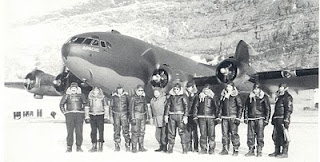 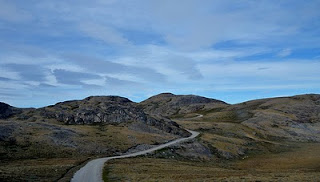 But the road was there. And it just happened to lead to the base of the Greenland Ice Sheet, making Kangerlussuaq the only place in the entire northern hemisphere where it is possible to visit an ice sheet without traveling by helicopter. That transformed Kangerlussuaq into a Mecca for Arctic tourists. (Okay, "Mecca" may be too strong a word.) In addition, a few enterprising locals determined that by adding a short scamper across the ice sheet itself, the road could be formed into a 26.2 mile course for mentally unstable runners. In 2001, 130 frigid athletes with unpronounceable Scandinavian names ran the first Polar Circle Marathon.
Posted by Keith Gayhart at 4:02 PM