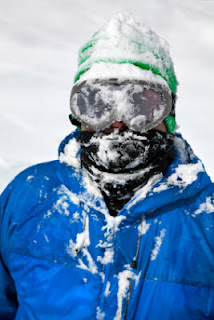 The number -20 commands respect; -40 engenders awe, even terror. I’ve run in cold weather before. At the start of the 2011 Polar Circle Marathon, the temperature hovered around +1° F, with a wind chill that made it feel like -20°. Those harsh conditions only prevailed for the first 10K of the race; afterwards it warmed to a balmy, and for me comfortable, +15° F. In mid-winter Yukon, I expect cold to prevail for most of the race. If temperatures are toward the high side of Robert’s forecast, I should be okay by making only modest adjustments to the gear I wore in Greenland. If it drops to the low side, I’m not sure what extra measures will prove adequate, beyond increasing the payout of my term life insurance policy.

Coping requires a certain calculus. I want to avoid wearing so much gear that it impedes my ability to run freely. Running, after all, will help keep me warm. On the other hand, I don’t want to skimp and wind up in the Birdseye section of the local supermarket. -40 has me scanning adverts for Primaloft jackets and other Jack London-esque arctic attire with care. 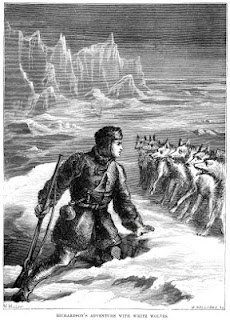 I’m convinced that if I hit on the right strategy for the cold, everything else about this race will be a cake walk. All I’ll have to do is run 26.2 miles and avoid dehydration, getting lost in the wilderness, breaking through the ice of the frozen Yukon River, allowing liquid water to penetrate my shoes and being trampled by a moose. Then again, the combination of numbers and facts associated with this race may explain why only 82 runners have so far signed up for this event, including all distances (up to the mind-blowing 430 miles). A grand total of five people will be joining me for the marathon.